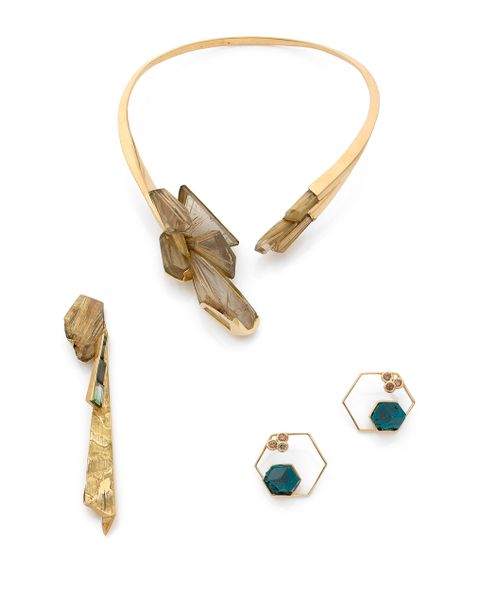 The ARP auction house for Art Research Paris is pleased to announce its inaugural sale entitled Joailliers Designers on Thursday, February 10 in our space on the rue du Faubourg Saint-Honoré. We will have the pleasure of presenting more than 200 lots illustrating the dexterity and creative talent of the French, Belgian and Swiss schools through the work of jewelers such as Jean Vendome, Fernand Demaret, Gilbert Albert and many others. 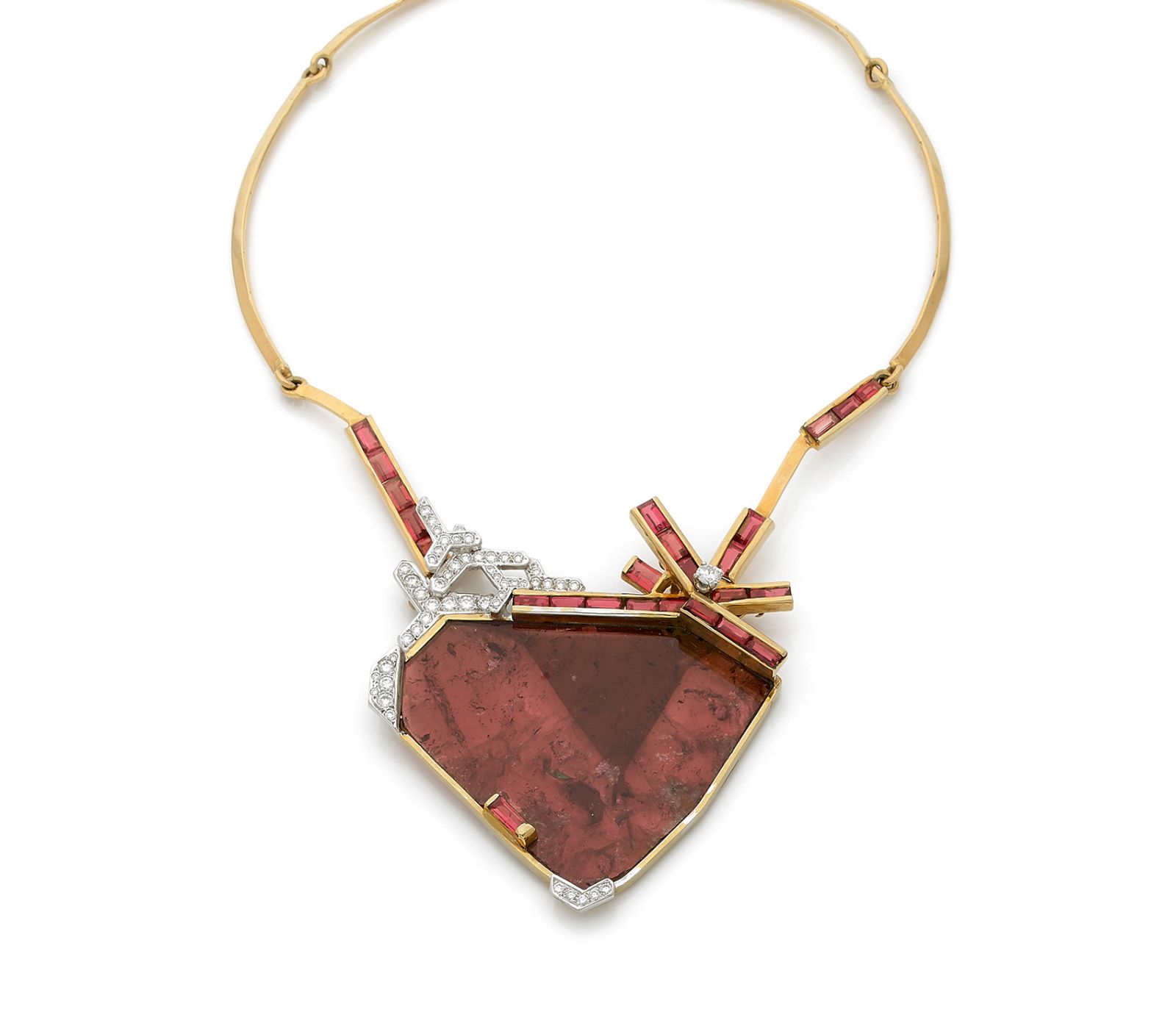 "I was so convinced that I had the truth and that others were wrong, that it reinforced my conviction that jewelry is an art and not a consumer product". This quote sums up the determination with which Jean Vendome expressed himself through his jewelry and shows his total commitment to the path he had chosen. Born in Lyon in 1930, he discovered the world of jewelry at the age of 13 with a jeweler's uncle. He opened his first workshop at the age of 18, and this was the beginning of his creative epic, rich and intense, teeming with colors. There are artists who distinguish themselves by their great inventiveness and the originality of their work, others who seek an aesthetic. Others still, who strive to create a new form of expression. Jean Vendôme brought together all these aspects and many more. His work, whose first expressions date back to the 1950's, has left its mark on jewelry creation and has inspired many artists 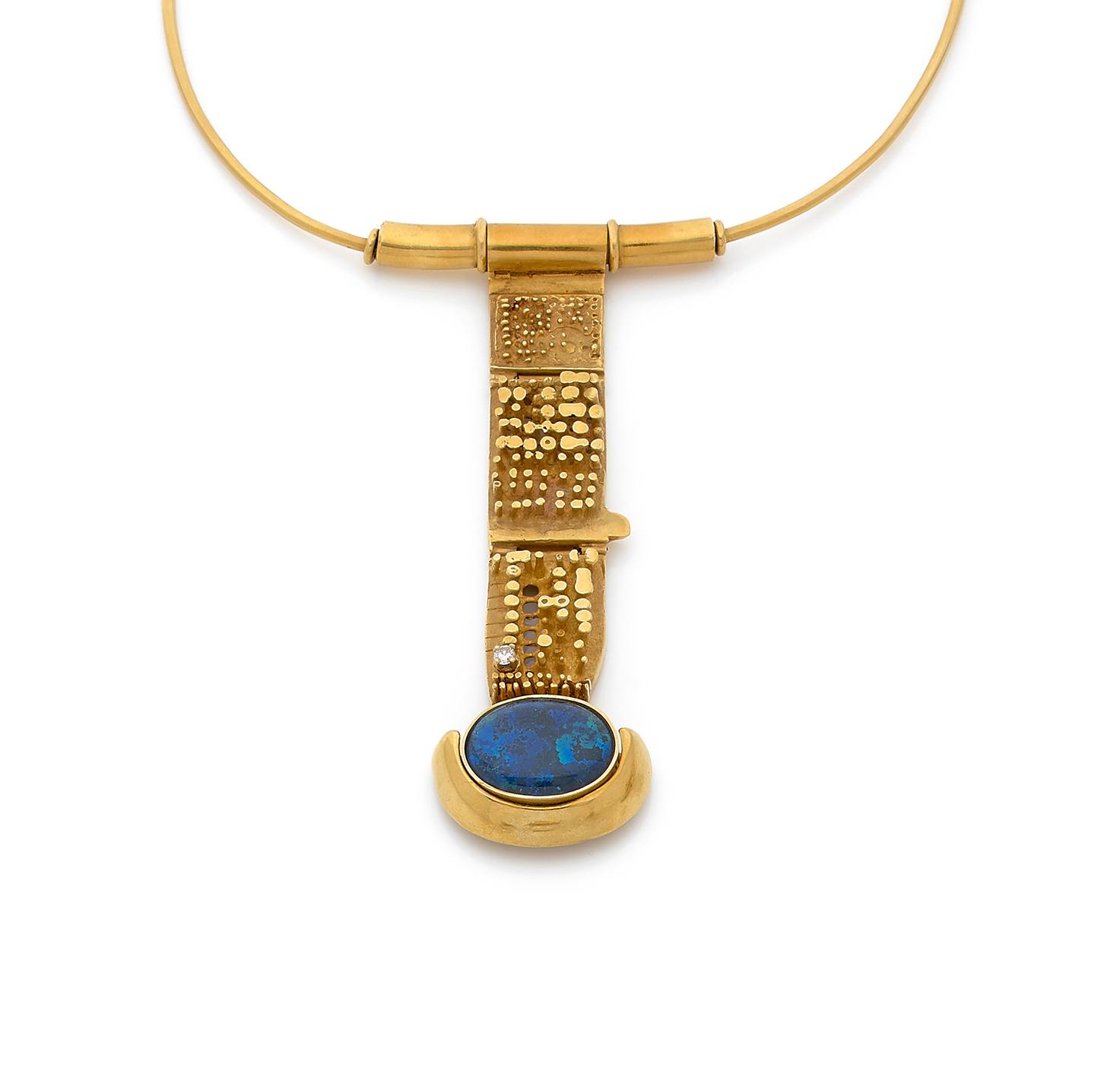 Behind this allure of an elegant man in a three-piece suit there was a profusion of creations that I have called futuristic. The decorations he used were inspired by electronic circuits and the dreamed forms of imaginary cosmic ships. Confronted as any creator with a commercial objective, he used precious stones and more particularly fine stones in his creations. His fetish stone remains unquestionably the opal. He is often cited for having adopted the lost wax casting technique. He left in Brussels the memory of a quiet and benevolent man. He had only two stores, moving from the rue du Bailli to the avenue Louise which closed in 1992. 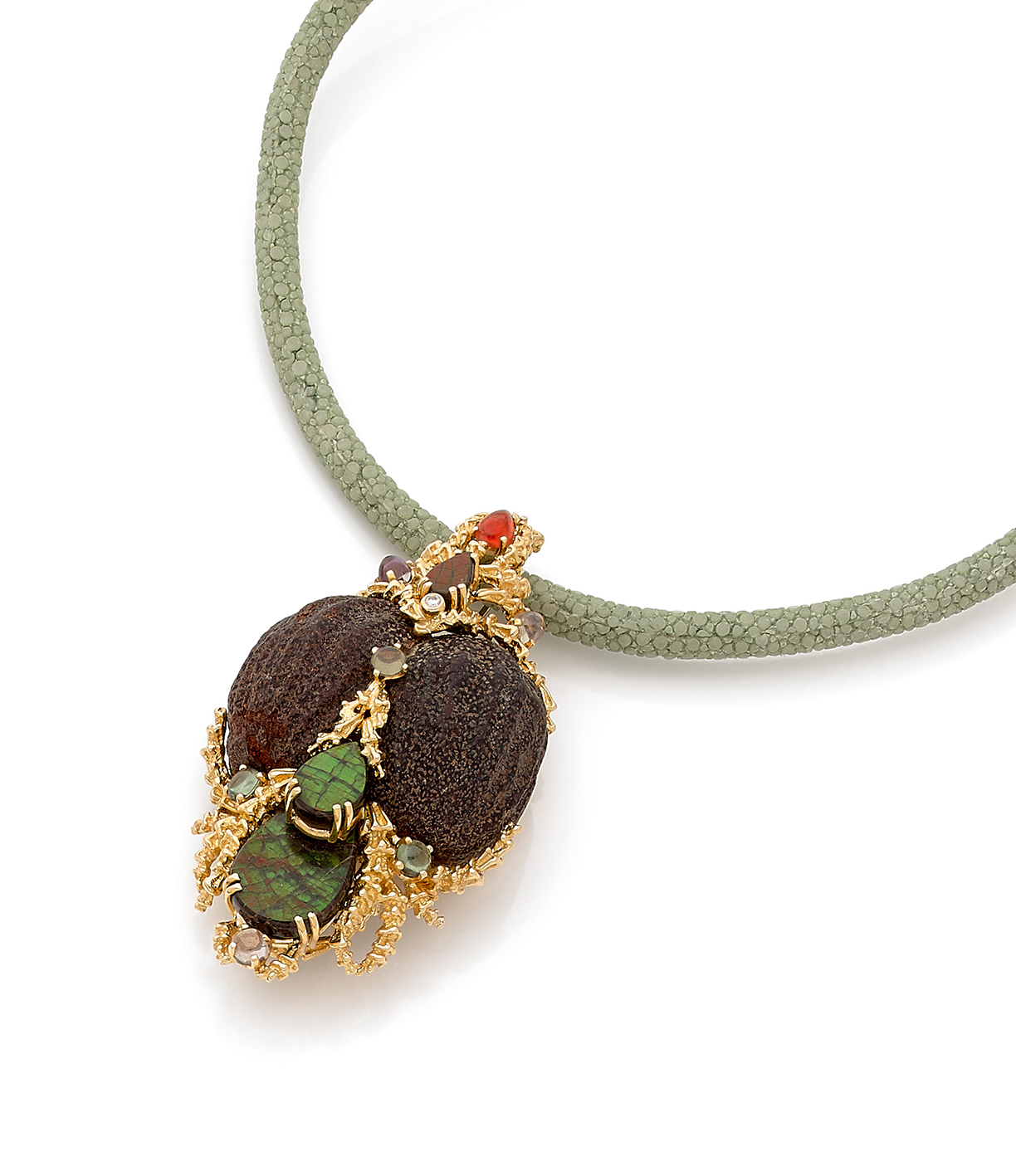 Swiss jeweler trained in jewelry design at the Ecole des Arts Industriels de Genève and then at the Beaux-Arts de Genève. He joined Patek Philippe as a designer in 1955 where he became head of the workshop. He opened his first boutique in the early 1960s and began a collaboration with Omega. He won numerous awards and opened other boutiques around the world. His work is characterized by the use of unusual materials such as fossils, beetles, animal teeth, meteorites ... Nature and the animal world in particular are an inexhaustible source of inspiration. Most of his creations are unique pieces. 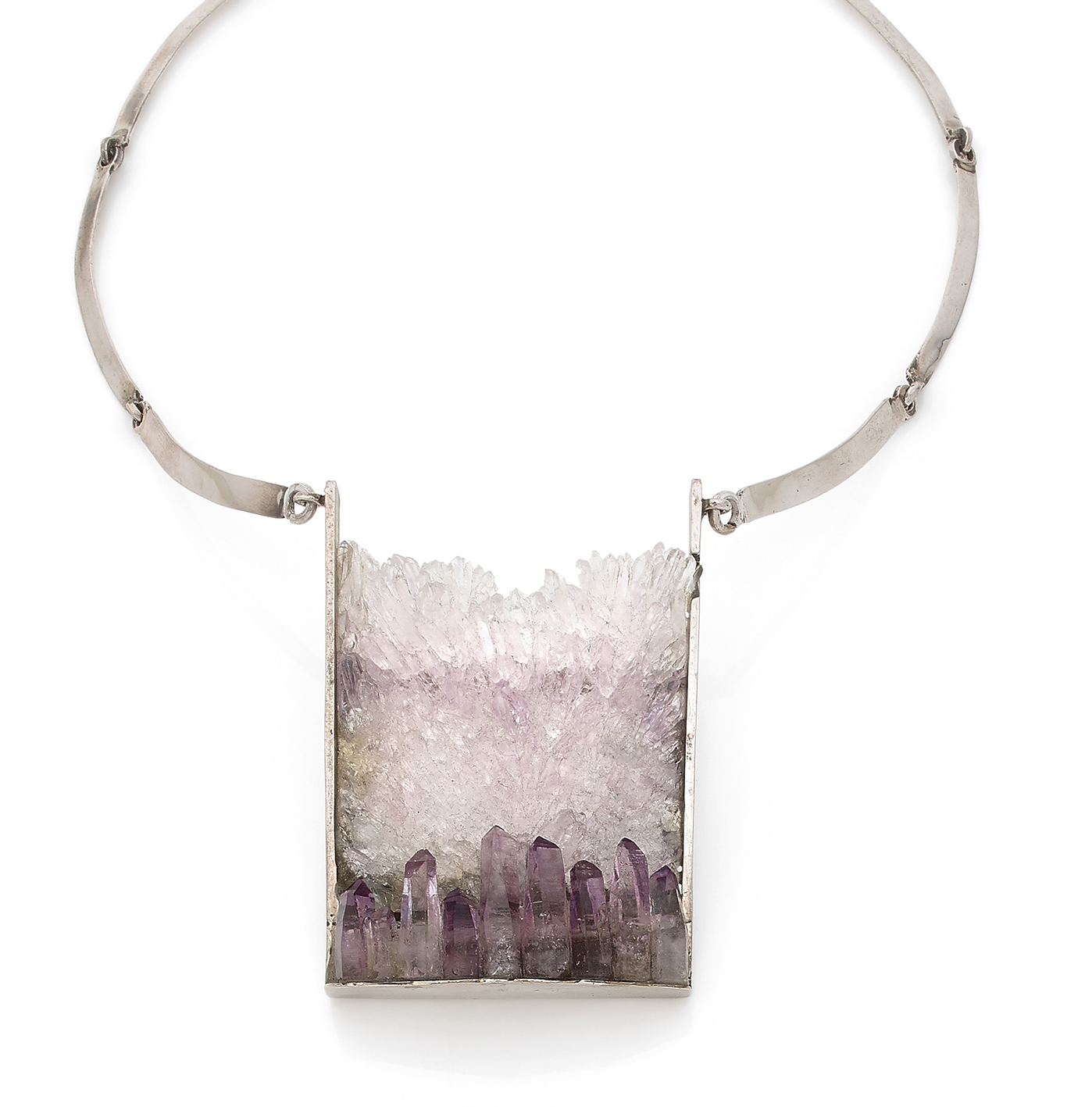 Following in the footsteps of his father, Jean Vendome, a pioneer of contemporary jewelry, Thierry Vendome devotes himself to the world of jewelry. He mixes precious materials with new materials in this specialty such as the use of rust in its raw state. An adept of asymmetry, he creates inventive works merging untamed nature with the refinement and seductive power of jewelry. This very particular and magical universe, which he has been developing since the 1990s, allows him to adorn himself with original creations that are both precious and wild.

With your consent, we would like to use cookies placed by us on this site. Some of these cookies are strictly necessary for the smooth running of the site. Others are used to:

Your consent to the installation of non-strictly necessary cookies is free and can be withdrawn or given at any time.

By allowing these cookies, you agree to the deposit, reading and use of tracking technologies necessary for their proper functioning.
Read more about our privacy policy.